Once again this year TicTac has been checking out ATD Expo & Conference, an annual event where around 10,000 delegates catch up on talent development, learning and sharing knowledge. Over 400 speakers contributed to more than 300 talks, workshops and panels, but here are the three hottest topics: 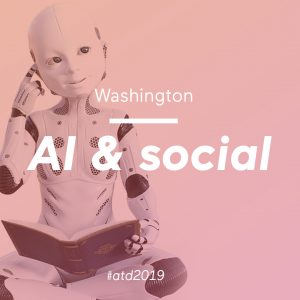 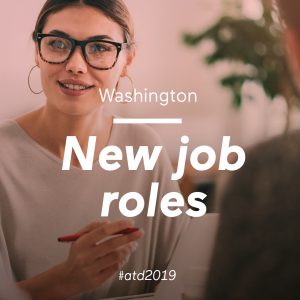 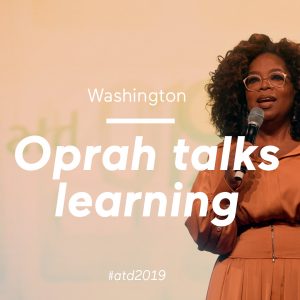 AI and social learning
While last year’s hot topic was micro-learning, it is clear that this year everyone is talking about artificial intelligence for learning and how social learning can be used in the workplace. Digital tools clearly have a natural place here and many companies have progressed further with social learning than we have seen in Europe.

New roles and jobs
New technology is obviously of interest, but one aspect of social learning that is possibly even more interesting is that it means new roles for us as learning developers. The workplace of the future will need “learning influencers” and “social learning managers” – but who will train them, and what skills do they need? After a few sessions we hope to have a better answer to these questions.

Celebrity factor
Last year’s keynote speaker was Barack Obama, which was an emotional experience in its own right. This year the expo was opened by none less than Oprah Winfrey, one of the world’s most respected media personalities. Oprah is known around the world as the host of her own TV show, but she also runs TV channels, newspapers and publishing houses.

The best of the best – what was best in DC?

Nicole Legault is a community manager at Articulate and has a lot to say about education and the joy of learning. This year she talked about how to build effective and engaging scenarios.

World-renowned marketing guru Seth Godin took the stage on Tuesday to talk about “Dancing on the edge of a Revolution”. It was an inspiring experience, as Seth is a visionary who helped to change our view of digitalisation back in the noughties.

AI and adaptive learning – not again, you might say. But Nick Howe, from Area9, took over the podium with more than just buzzwords. His fascinating story about how doctors can be trained using AI captured everyone’s imagination. It could be something for Sweden – and for other fields, without a doubt.

The role of educators in organisations is increasingly moving closer to what is known as change management over here. As the pace of change steadily increases, it will be the educator’s task to guide each organisation towards the next phase!